(contributed to the LKH Forum by Steve Romeo)

A man, later found to be Richard Hauptmann, (he never called himself  Bruno), used a gold certificate bill to pay for $5 worth of gas.

The gas attendant, Walter Lyle, was suspicious of the gold certificate, knowing the certificates had been recalled a while back, and wrote Hauptmann's license plate number, 4U-13-41, on the bill.

On September 18, 1934, at 1:20 p.m., the assistant manager of the Corn Exchange Bank and Trust Company, located in New York City, announced that a ten-dollar gold certificate had been discovered. The person checked the serial number, A73976634A, with the Lindbergh ransom serial numbers and made a positive match.

They traced the bill back to a gas station at 127th Street and Lexington Avenue. (There is a schoolyard at that location today)

Lyle said he received the bill on September 15 for payment of five gallons of gasoline and informed them of the license plate number. Authorities determined the automobile was driven by Richard Hauptmann, 1279 East 222nd Street, Bronx, New York.

Authorities kept a close watch on Hauptmann's house beginning the night of September 18, 1934. 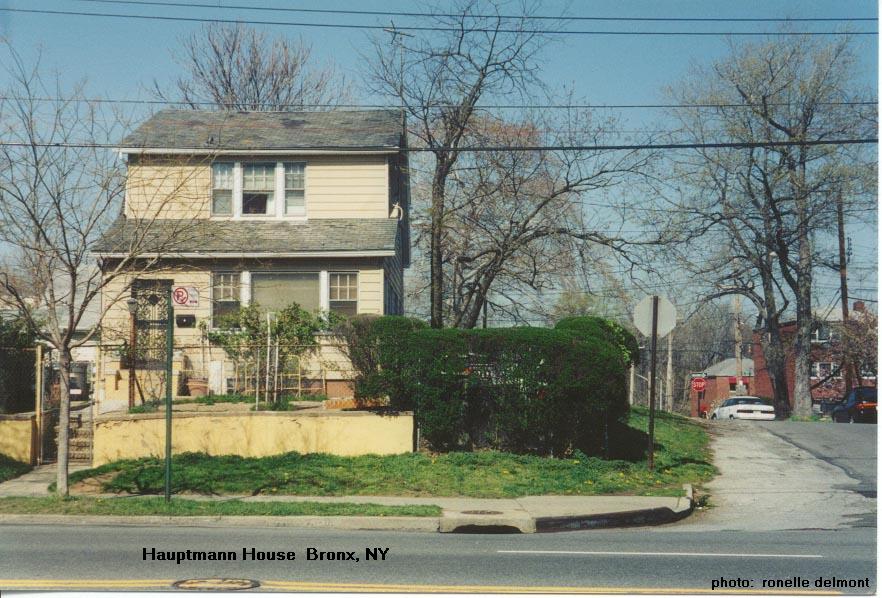 At 9 AM the next morning, Hauptmann, who had by that time, been in the United States for 11 years, was arrested in upper Manhattan while driving in his car.

In Hauptmann's house, a pair of shoes, purchased with a twenty-dollar ransom bill that had been  reported by a bank on September 8, was discovered.

This showed that Hauptmann had possession of at least a few gold certificates.

On September 19, 1934, Hauptmann was positively identified by Joseph Perrone, the taxi driver, who delivered the fifth ransom note to Dr Condon's home.

Dr. Condon refused to identify Hauptmann as "Cemetery John"  until the Flemington trial. It took some persuading and threatening by the cops to get Condon to do what they wanted.  The question of Condon's eventual 180 degree turn-around, in finally naming Hauptmann as "Cemetery John," is one that causes many researchers to wonder whether Condon had  a secret vice that the cops could have charged him with.

Of course, they did threaten to accuse HIM of the kidnap.

There is no question that he had been beaten, starved and deprived of sleep by the cops who brought him all the way downtown - to a Greenwhich Village Police station, after arresting him at the other end of Manhattan. Why was he brought so far away from the site of his arrest?